The confusion of being an Ex-pat.... 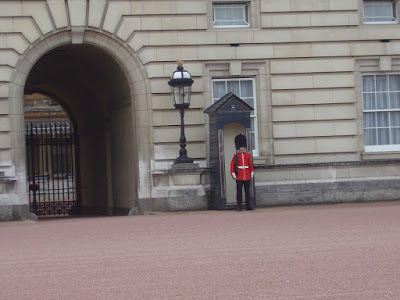 I have been thinking of sharing some of these things for a while now...... I have lived in the States for almost 12 years and it feels more or less like home, but when you relocate at the tender age of 28, your roots are firmly set in the world in which you grew up. Everything you have ever learned to do and say is distinctly British (in my case). Although they speak a type of English in America it's a type of English foreign to anyone not raised here or by American parents. There is still much to learn and I have been through some sticky situations in my journey here.

Mail ... and Steve loves this one.... I would always place my mail in the Express mail box, why would anyone choose the other box? You want it to get it there quickly right, how was I to know you had to pay extra for the Express part of it???? We didn't have such a thing back home so it made sense to put the mail in the fasted box available.

Driving... this is an obvious one isn't it, we need to learn to drive on the other side of the road when we come here. I thought I did a great job other than trying to shift with my left hand all the time. Occasionally (and it STILL happens) I will get into the passenger seat, it's just downright embarrassing when I do this while travelling by myself. I once got into the back seat at a gas station!! What was I expecting?? my chauffeur to get in and drive for me? I had to look around and slide out of the back into the drivers seat, didn't think quickly enough to cover myself by making it look like I was hunting something in the back seat.

Food and Restaurants....OK this is an ongoing source of amusement to me and to those with me when it's meal time. Firstly, restaurants, in England you get what you get and the menu is pretty simple, don't expect choices. Here you get a million offerings but you should already know what you want. God forbid you ask what dressings they have, the waiter will quickly rattle off a thousand choices really quickly and leave you with your head spinning and forcing you to mumble... I'll have whatever you're having!!! I like to try new stuff and it's amazing when people take for granted the stuff they have grown up with, they are incredulous that I have never tried all the several thousand different types of beans and peas available in S. GA. Or that I have only recently become fairly fond of Grits. Of course then there's the whole language thing... rutabagas... well that's just plane old turnips to me.

Telemarketers.... OK this is one I quickly got to grips with, that is, after I had changed phone companies a thousand times when I first got here. I had been used to good old British Telecom and at that time there were no other phone companies and no one back home would ever call and "switch" you after a phone conversation. Poor old Steve couldn't keep up!!! Now I don't talk to telemarketers at all and advise everyone to do the same thing.

Money... this is also kind of ongoing and I don't know why I have such a block about it. The coins in this country are the opposite to the ones in England and we don't have names of them like you do. Our 5p piece is smaller than the 10p but the dime is bigger than the nickel?? why???? so it often gets confusing and it's not right on the tip of my tongue what these coins are called. I often like to call paper money notes instead of bills too. It's just part of me.

So if you're living in a foreign country and are having similar problems, please let me know... I love the crazyness.

hi there. thanks for visiting! i will add you to the corner view list. can´t wait to see more from your corner. un beso from one ex-pat to another:) jane

As a Spanish who have been living in England for the last 8 years, I can totally relate to this. The worse is the driving thing, I don't drive but most often than not, try to get in the driving seat. If we were traveling together, we'd probably both get into the wrong seats, and then swap, people would think we're crazy!
And the telemarketers thing happened to me! Had never had one of those calls, until I got here. So, yes, they are doing it in England now, too.
I had never seen a kettle before. I know! How could I live without it! And I can't get over the fact that you have one tap for the cold water and another one for the hot, instead of having just one!
But on a nice note, I LOVE the traditionl High tea, favourite tradition ever!

I have a kettle here and Amerifriends (new word) always ask what it is and what's the point!!! they don't get it.

I just found your blog through Jane. As and expat myself, (American in Germany) I have Germans telling all the time that it is interesting for them to read about my experiences in their country... but what you wrote is just down right hilarious! The car/driving part cracks me up.

I feel the opposite with choices here. I am used to so many choices, having grown up in the States, that I often get annoyed that I might go to the store and have one or maybe two options. With restaurants, there are even less choices... if you order a main meal, potatoes are you choice for a side... period. I did find a few links to your nickel/dime dilemma. I had not thought about it beforehand... great observation. Welcome to the "corner view" tomorrow.