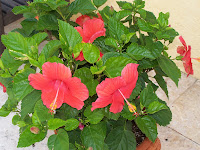 What a weird day, wake up to the news that Farrah Fawcett finally lost her battle with cancer, well that felt weird, she's always been around somewhere for as long as I can remember. Totally feel sorry for her family etc.

Then I get home and a friend of mine who I talk to semi-regularly you know, we exchange little snippets of gossip from time to time and text occasionally, she texts me these three words "Michael Jackson died".... What???? We talk so rarely that I had to text her back to ask who she was, she's in my contacts but for some reason her name didn't appear. She told me that he was 50 years old and died from a cardiac arrest. Weird huh????

I don't know what it is we feel when someone famous or even infamous dies like that? Do we feel maybe there's a connection like we've lost someone we know? Do we look back and think my God he was an excellent performer way back when he still had a button nose, who's gonna take that spot? Some people don't think anything of it at all. Then there are those who start to question their own mortality, it tends to give us a little time line by which to check ourselves. I remember when the Thriller album (and it was an Album) came out. The video was first shown on MTV at 1am in the morning (in the UK). We set the Bettamax to record it and then watched it 'til the tape went wonky. Everyone had a damn GLOVE!!! until OJ made that a no no. (hee hee).

So my dears... what do you think? How do you react when an Icon passes? I know when Elvis died I was eight and remember my friend's Mum crying all day, when Freddie Mercury went to the blue yonder I was very sad and stayed in bed all day listening to the radio... they played all his records continuously... Awesome!! That's when I felt no remorse at calling in sick, those were the days!! When Johnny Cash shuffled off to Buffalo I thought there goes a great man and by the way I love the movie Walk the Line... classic!! Who will be next I wonder? And do the stars of today have the talent to replace what we've lost, I believe some do. It's not until they're old and wrinkly that we'll start to appreciate it. So for now I'm all about JT, Justin Timberlake that is, I have for a long time thought he's the new/white/young Jacko without the Wacko, watch this space, mark my words and all the other little cliches you can think of!

Email ThisBlogThis!Share to TwitterShare to FacebookShare to Pinterest
Labels: flowers and all things beautiful

I remember when Elvis died. I was 6 yrs old and swimming and someone came over. My older sister cried. I grew up in Memphis, so it seemed like a big deal. I actually feel sadder about Ferrah but I'm not sure why. I remember listening to MJ (loved the Thriller album) but Ferrah was, well, Ferrah...

I know- I heard the news this morning on the radio... in spanish. that was weird... i just thought that for a guy who always seemed to be running away from death- died so young. jt huh?... could be...

I think I'm missing some kind of gene, as the passing of celebrities rarely affects me. For MJ, perhaps a kind of blessing as his life seemed so troubled. not a blessing for his family of course.

Giggle at your Betamax and one glove tale, so funny. Remember when remote controls were attached to the video with a long wire?

I remember Elvis dying too, and the day JL was shot...FM I can't remember but then I was a VERY square teenager!

i too was sad yesterday, i loved Farrah, and saw her story on tv not long ago, and since husband is battling cancer as well, there was more of a connection i felt with her.. and MJ well he is an icon so ya i too remember his "records" and how crazy we were as teens about him... they'll be missed

Interesting your observation of how we feel so connected to celebrities and mourn their passing when they die.

The year Thriller came out was a spectacular one in my life and I have the best memories of that album. Yet I feel nothing at his passing. I'm not even very surprised.

However, when Heath Ledger died I felt shock and sadness and found myself glued to the tv and computer for days trying to glean every bit of information I could to help me understand what had happened. Maybe because he was so vital and full of life (or so it seemed to this fan).

Thanks for the comments.....it's funny because Thursday night Syd had no clue who MJ was so I showed her the vids on VH1 and she's hooked!!!!
kinda funny!!

TFM...yes I was the same about Heath Ledger, just seemed like such a waste!!! So young and had so much to live for.

Spud...you soooo missed out on something good if you were too square for Freddie... he was DA BOMB!!! download some now I tell ya.. do it!!!