and now for something completely Random!!!!

I really hate it, repeat HATE it when someone tries to tell me
what happened in a movie or TV show.. .. completely uninterested...no
hint of a shit given, can't stand to listen to you... shut up!
Daughter # 1 thinks that if she sneaks into the pantry, grabs a snack,
then walks away head held high I won't notice!!!
Even tho' i'm sitting at the kitchen table facing the pantry.
Oh yeah, I noticed, I'm just giving you points for sheer, unadulterated
huge balls!!!!!! Seriously!!!!!! (yes I know she's a girl).
My lovely dog Mac, the male of my two shih tzu's has no idea
when to stop asking for treats. He knows that they are kept
in the pantry cabinet and that he can scratch on the door until it
kinda knocks and I'll give him a treat.. he abuses this cuteness.
Littlest daughter has been at dance camp this week learning
all kinds o' good things. She's been working on the Miley Cirus
dance number from Hannah Montana the movie, the Hodown
Throwdown.  So now it's totally in my head but instead of Boom Boom Clap
Boom Boom Clap De Clap, I'm singin' boom boom crap boom boom
crap de crap. Have to be careful not to let my little parrot hear me.
I got sucked into the reality TV show Bethenny Getting Married, a spin
off from the Real Housewives of NJ. I mean sucked in... had to shush the
kids and hubby several times, stayed up way past my bedtime and nixed the
antiwrinkle regimen for what??? I watched three of four episodes in a row
and when it got to the big day..... Kathy Freakin' Griffin appeared with her
shit reality show!!! Now listen to this... Bethenny is on Bravo... no one watches
Bravo unless you stumble on it, it's not like they have a schedule.
I'm never gonna see Bethenny marry Jason!!!!
I'm gonna have to my version of TiVo the whole next week of
Bravo just so I may get that particular episode.
If you believe that your dreams have meanings and you should listen to
their messages... what the fuck do you make of this...
I dreamed I was on an Indian train (as if) and it was called the
Mystic Steamer.... and I was calling it the Musty Sneaker.
I know!!!!!!!!!!
That's it for my random shit for today!!!!
If this doesn't make you go Hmmmmmm nothing will.
Bien Soir Mon Amies.... xxxxxxx 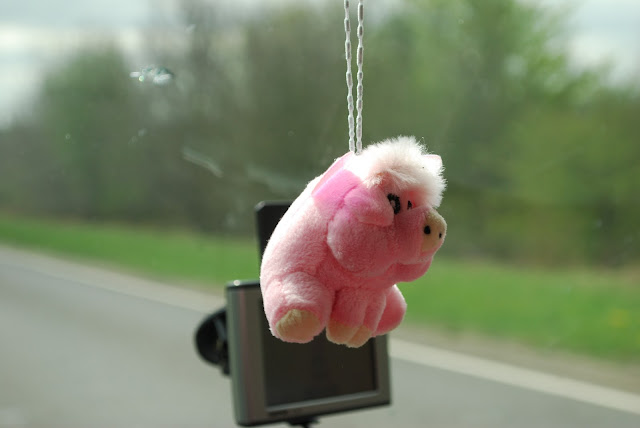 LOL that was pretty random. i love bravo too and keep it on pretty much all the time. i didn't like the bethanny show at first but it's sucking me in.

The oldest of our two pugs, also knows we keep the treats in our "high up" cabinet, so she scratches on the oven until we "cave in". Total abuse of cuteness! Love the randomness!

I dreamed that Tiger Woods and Elin moved next door to my childhood home. I was all worried about how they would keep away from the press and how they could live in a house without a pool.

I L.O.V.E. your blog in all it's randomness! You're the kind of gal people love to hang around with. :>)

P.S. how in the heck can the word verification be "aries" when I just finished reading your post on being an "aquarius?" Weird that.