B at Cuttingsonablog asked me to describe Thanksgiving from

a British perspective.  Urgghhh what to say??

and they survived the first year with the help of the Indians... then

at harvest time they all got together and had a yummy

The tradition continued and each year on a Thursday

in November (either the third or the last or something) we

all get together and give thanks for the superness of

I find it hilarious that it was started by the pilgrims... when in the

heck did the Brits ever give thanks for anything? We just

have a wonderful life, I mean, puleaseee... we deserve it

right??? We're part of the greatest Empire on Earth!

These days it's all about the food, yes, delicious, fantastic, once (actually twice)

a year goodies... turkey, sweet tators, pies beyond all pies and the best

veggies ever!!! Not to mention Grannies Banana Pudding!!!

head out to the stores.

Its HELL ON EARTH!!! they are out there throwing elbows and

item they have seen in the sale paper!!!

I am a bargain hunter, don't get me wrong but I have never, never,

done the Black Friday shopping thing in all the 12 years

This year we are staying at home, we're not headed to the "family

shin dig" and they are not headed to us. It just worked out that

way.... so the McGillies are eating, playing Wii, watching movies 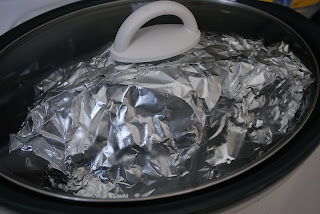 Turkey breast cooking in the crock pot with a secret marinade... 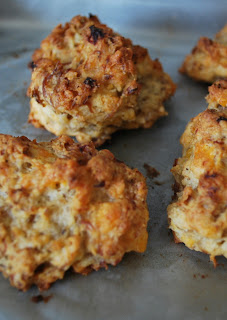 Sausage balls... a little too big but delish all the same.... 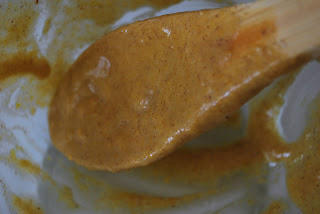 Yummm mixture for the Pumpkin bread... 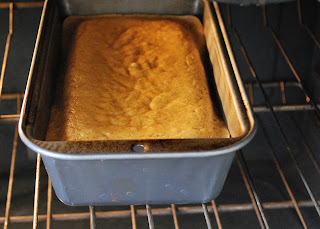 The pumpkin bread baking nicely in the oven..just for the record, it's now done and

actually rose quite nicely... can't be bothered to go and take another pic.

So that about wraps it up, one day a year set aside to

eat a big dinner, tell people what you're thankful for and

let the kids dress up as Indians or Pilgrims and make

little turkeys by drawing around their hands and coloring

I want some sausage balls. They look similar to my stuffed mushrooms. Bummer, the mushrooms didn't make the budget, I mean menu this year. ;)
Have some for me too!!

i'll take seconds! hope you are having a great thanksgiving!

Hello there, so nice to meet you and thanks for stopping by my blog. I have enjoyed visiting yours. Happy Thanksgiving! I just woke up from a very long nap after our meal. I'm still zonked so if I don't make sense you'll know why. Tips on taking your citizenship? First of all I'm proud of you for not taking as long as I did for even thinking about it ;) I was fortunate to know several Brits who had already taken theirs and they just kept telling me it was easy. Didn't stop me from worrying about it and I threw myself into the 100 questions and had them all pretty down pat when I took my test. I was shocked when the man said I had passed and I was actually able to swear in the same day. It was a pretty whirlwind day for me and very memorable. I am sure yours will be too.

Otin, you have no idea.. it's the very best evah!!!!
btw forgot to mention that I use this holiday as yet another excuse to drink wine all day!!!

I don't know about you but I ate wayyy...to much! My butt is going to be dragging the ground if I don't get to the gym.

I'd love to hear you say happy Thanksgiving ya'll in your British Accent! have a great day!

sausage balls and banana pudding on thanksgiving?? You are a british freak.

Okay before everyone gets all up in my face, tell them that we are BFFs and the whole reason why I luv you so much is because of the fact that you are a british freak. well, just a brit anyway. Or maybe just a freak. Hell I don't know. I just do is all.

yeah that pretty much sums it up. enjoy your leftovers!

Bambs...you are the freak!!!! Have you never been in the South.. I bet everyone i know has sausage balls and Nanner pud for Thanksgiving!!! What else is there????

Well the food looks great! Black Friday, on the other hand, sounds awful! It all sounds like an extra Christmas day to me! I'm all for it! :)
Thanks for explaining it to me!