Things I learned this week...

There are totally some freakin' awesome people out there.... in real life and in the blogland.

There are some big asses out there too.  Not as many asses as freakin' awesomes.That's good.

Leaves just don't quit. You can rake, suck, blow whatever it is you feel the need to do but they're still coming.

My five year old is very wise, she has the answers to Life the Universe and whatever else is included in that saying.... am I showing my age? I should listen to her more.

It's hard to stay focused once the giggles set in .... and that's pretty often when you happen to be me.

Hubby thinks it's hilarious to drop some of his Wasabi nuts into my Natural Almonds.... it's not. He has no idea who he's messing with.

Taking down Halloween decorations is a lot more satisfying than putting them up... just sayin'.

My mailman needs to rethink his career choice, he might want to check out a position more in line with his sense of urgency, like an oak tree.

Otin has the funniest way or saying.... wtf... go look at his post from Wednesday... it makes me laugh!

Uncle Larry has no clue about FB. He made a page and then wondered how the computer knew that he knew the people it was suggesting as friends.... he actually said "how does it know I know these people, I don't talk to them or nothing but I know them... how does the computer know that?" God bless the innocent. 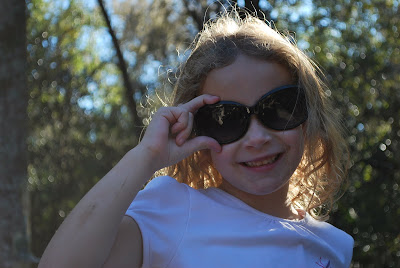 I'd be mad about the wasabi nuts. You might try slipping something into one of his plates.

"You can rake, suck, blow whatever it is you feel the need to do but they're still coming."

Thank goodness this was about lawn care! hahahaha!

I think I learned too much this week.

Maybe you should have a talk with the trees and ask them to leave you alone. Ha ha ha!

My Hubby just said that I missed taking down a Halloween decoration. It's a pretty big cobweb in a corner somewhere. He's hysterical, huh? Excuse me, I have to go dust..

I learned that we are even more alike! That's what I titled my post and I didn't even see yours til now!!! HAHAHA too freakin cool. I miss you!

Your mailman must be related to my mail lady...though I really wouldn't refer to her as a 'lady'...I'm just sayin'... ;)

You learned some great things this week! :)