Things I regret not knowing.... 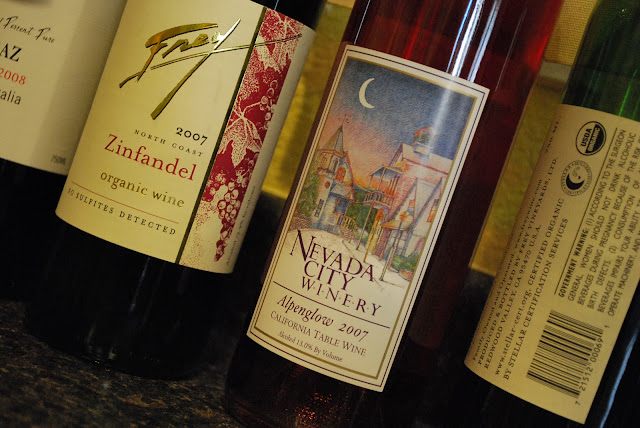 I didn't know they grew wine in Nevada.. much less organic wine... but no that's not the point of this post!

Very recently I have mended some bridges that were burned many moons ago, particularly that of the relationship with my eldest sister. For reasons beyond our mortal comprehension Sissy and I have been at odds, it seems, for  longer than is good for the soul.  It's a long complicated story that bears no importance, the important part is that we are now getting to know each other again via cyberspace and I love it!!! We actually have more in common than I remembered.  It appears big sissy is as nuts about photography as I am, and I am so inspired by her pictures. I have always taken pictures and carried them from one home to the next and even shipped all my snaps here when I made the transatlantic move, none of them were great but I love them all still the same. I can't remember Sis ever being so keen other than family snaps and holiday memories. She has a keen eye and has always been an art lover so it really shouldn't be a surprise to me that she likes to take pictures... she says they are not "on the wall" good but I beg to differ. People see pictures in a very different way so everything should be on the wall and then let the viewer decide.

The other thing we have in common is our desire to travel, it appears that she is well traveled in Europe and I know she went to South Africa once.  Also, maybe she's a little bit of a celeb spotter. She revealed that she has a picture of her with Johnny Depp... yes... I repeat... my sister has a picture of her with Johnny Depp!!!!
WTF?? I have an autographed picture of Johnny Travolta, which he actually wrote MY NAME on, but I have never met him and I have a picture of Kevin Costner on a movie set in England close to where I lived, but I don't actually have a picture of me with anyone interesting... other than my family of course!! they are all interesting.. but not famous!!!!!!!!!! I'm beside myself with envy which I am not ashamed to admit.

Sibling rivalry is once again rearing it's ugly head and I am on the look out for anyone with an A list status that I can accost and take a picture with. It's ON people.... Johnny Depp be damned.. I'm on the hunt and it will be done... watch this space. If I can ever convince her to show me said picture I will then post it here for all to see... then I'll be out there... hunting down the Hollywood elite like a manic stalker!!! I so should have gone to Tybee Island when Miley was there!!! I'm kicking myself in the ass for that one although I seriously don't think Miley and me would trump a Johnny and Sis!!!

It's fun to rekindle relationships and rediscover the people who were so very close to you at some point in your life. I know I can't be the only one in this situation.. share your story.. it's good for you!!!! Maybe when I'm home in April I can even take a picture of Sissy and Me!!!!

how wonderful that you are reconnecting with your sister.

I met people from Project Runway once. They were all really nice.

Oh and I saw Tyra Banks once, but I didn't take a picture. While I think she's off her rocker, she's absolutely stunning in person.

That's great. I don't talk to my brother and right now I don't care. it's been two years, but his wife is a royal bi***. Maybe one day we will reconnect.

I have a picture of Sue and me with Mark Buehrle. Who? you may ask? He's the pitcher for the Chicago White Sox and he had a no-hitter last year!
Glad you're talking with your sis. My sis, ya know, is wonderful.

Anything Fits A Naked Man said...

JOHNNY DEPP??!! Wow, that may be a hard one to top, Girl!! Good luck! (Glad you and Sissy are talking again!)

Rekindling the relationship with your sister is worth more than the best photo you've ever taken.

Better watch out, if you're not careful stalking the celebrities, you'll be branded one of the paparazzi.

Thats great that your sister and you have rekindled a broken relationship! that is a wonderful thing... oh but im sooooo jealous of her right now! I wanna meet mr. depp! haha!

I am so glad that your friendship and sister bond is being restored! That's wonderful! But yeah, you need to one up her on the Johnny Depp thing ASAP!

That is great that you are reconnecting with your sister.
I have two sisters and they are living in Turkey. We make video call over internet.

You know how mothers just hate it when siblings fight. Glad you and she are making an effort. :>)

And if you m.u.s.t. travel and have a trip to California in mind, visit Nevada City. It's a really quaint, old, gold rush era town in the Sierra Nevada foothills. I have property in the next town over and visit Nevada City whenever I can. I didn't know they have wineries, but it doesn't surprise me - the climate is just right for it. You probably won't meet any stars there, but the people are very nice.

I didn't know they made wine in Nevada either ;0)

Oh - and that bit about you and your sister reconciling? That's pretty cool to know too :0)

But sorry to break to to you - nothing will top that photo with Johnny Depp.

I think that I remember you saying something about a bad relationship at one time? I am happy that you are mending fences.

y'all.. I don't have time to email you all personally and you know that's how I like to do it....
Thanks Conny for ever so politely pointing out to me that they don't make that wine in Nevada the State but in Nevada City... silly me.. I was in Nevada (the State) when I was drinking it and I don't care where they make it... it was damn good!!!!
Also.. I am a little shocked to see that I'm not the only one with sibling "issues"... it's more common than I realized... does this mean I may be more normal than I think???
Thanks everyone... I really love to get the comments!!! y'all are super!!!!!! xx