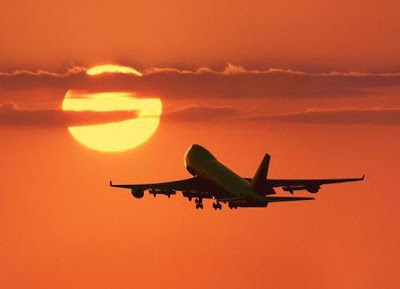 There is something so wonderful about travelling; ever since I was young had a bad case of the wanderlust. My first journey off into the unknown was a trip with the school when I was about 8 or 9, we went on a train from my hometown in Scotland all the way to the South West of England and visited such fabulous places as Weston Super Mare, Glastonbury Abbey and Wells Cathedral. I loved it, there was a moment when I felt a tad bit homesick, but on the whole the experience was one I thoroughly enjoyed and wanted to repeat over and over again. From that point on I would beg my parents to let me go on any and all of the school trips that came up. Germany, Belgium, touring the French Battle Fields of WWI & II, I toured Denmark when I was 18 and partied in Spain in my early twenties. I could not get enough.

Skip to present day, travelling in a car with young kids aside, I am still in love with the thrill of planning a trip, packing and even getting through the airport. I love airports! They are a Mecca for people watchers and day dreamers. Get yourself there early and you have plenty of time to sit and study the people all there for one purpose, to go somewhere. You can play spot the superstar, or not! You can make up little scenarios about why they are there and where they have been, or where it is they are going. I like to make up my own mysterious existence in the airport, one time I was a runaway, hiding from the CIA, high tailing it out of the country after a stunning chase across three States and using a false name and a fake passport. My real identity would never be revealed unless they deposited $1 million in a Swedish Spa for my eternal pleasure…. And another million in a nightclub in Ibiza so I could party like I am 19, until I'm 99!!!!

And so pretty soon I'll be at it again. I'll be travelling with my little camera in tow, trying to get sneaky shots of things that I can later sell to NBC or CNN as proof of what's wrong with today's airports. You know, things like the coffee is YUK and the seats at the eatery are never wiped off and the stewardesses are just not as quaffed as they should be. Maybe I'll even secretly film one of the jerks who check you in and squeeze your toothpaste out of the tube because you have 2 ml's too much… its airport regulation madam. That's what I love about Gatwick; they call you Madam and not Ma'am. The stewardesses were a big shock to me the first time I flew on a US airline, just not as primped as the Euro gals. There were weight issues (that's ok look at me) makeup issues and hair issues not to mention the manners issues!!! I asked one for some napkins once and was handed a little tissue that I think she had already blown her freakin' nose on!!! Urrggghhhh that wasn't going to mop up the drink my three year old had just spilled everywhere!!! She didn't seem to care and just bumbled off down to aisle to insult another harassed, long distance traveler. And that, my friend, is why I try to fly BA or Virgin when crossing the Pond.

This time I'm crossing the country and at first didn't realize how terribly far I am going! Whoa it's way out there. I Google Mapped it….. from GA to NV is a very long way!!!! So plenty of time for me to power up the laptop and the iPod and just settle in for hours and hours of blogosphere! Bliss, at least that's what I'm telling myself…. Tune in to Blog Camp Reno and check it out at the weekend to see the reality of my trip! Bon Voyage tout les monds! See you on the other side!

Hmmmm. Am I jealous or worried for you, Miss Ali? I think a little of both! Did you check your axe at the door? Anywho... Have a fab time and enjoy the "dry heat"!

I agree...american stewardesses are rank (wild generalisation). One was so old she kept having to sit down. Another TUTTED at me for asking for a knife (this was in business class). UA is the worst. I only fly BA, well when i worked I only flew BA that is...

Um, I was born in Weston-Super-Mare.....random fact about me!! Somerset born and bred x

Spud..did not know that about you...you must drink zider! and be strong in arm, thick in the head..LOL...wild generalization! LOL.

have a blast doll :)

have a great time. i swear lately i get really emotional in airports. i´m constantly welling up when i watch other people´s goodbyes... and then my kids laugh at me...