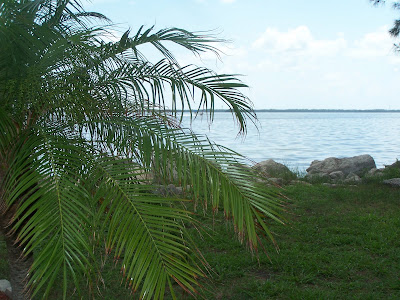 When people find out that I am not a true Southern Belle but a little impostor from across the pond there's always the same question.... what brings you to South Georgia???? Well there is one good answer to that one.... a good lookin' American with enough charm to make me follow him to the ends of the earth.

I know I have quickly mentioned our meeting and the joining of man and woman in Holy matrimony in previous blogs but I haven't given you the complete unabridged version.... and this still isn't the complete unabridged version, for a couple of reasons, one being I have too many friends and family reading the blog as well as hubby told a member of our Church staff about it and I think he's stopping by now and again!!!

So....it was a beautiful day in sunny Salisbury, Wiltshire and Ali is just talking on the company phone as usual when her lovely friend Lisa calls to nonchalantly ask if she can attend Lisa's honeymoon in Majorca, yes that's right, "Ali, my friend, can you come on honeymoon with me, my fiance has ditched me and the holiday's already paid for, just bring some drinkin' money and we'll have a right knees up!"....."fantastic" said Ali, "I don't have anything going on in May and would love to spend two weeks getting drunk and behaving badly on a Spanish Island with you Lisa, my BFF, beats being a bridesmaid!".

Off they go, back in the days when it was ok to smoke on the plane in coach... urchh... and more urcchhh back in the days when Ali was a smoker but it still made her bleeuucchhhh to smoke on the plane. Fourteen days of sun, sand and sangria.... but what's that... a few days into the holiday word on the island is there's a ship bigger than Palma Nova and it's full of randy young AMERICAN's... visions of Top Gun danced in the girls' heads! Not really, they thought "OMG six thousand of those arrogant, big mouthed yanks spoiling our Brit holiday, not freakin' likely!!! "

Then one night while they were having a great time in a bar called the Underground (as in the Tube) it happened, his gorgeousness walks up and asks Ali, "would you care to dance with me fair maiden", "oh alright then, if you insist" replies Ali all cool and British like. So off they go, and before they get to the dance floor he turns around and properly introduces himself, "I'm Steve" and he shook her hand very politely. "Blimey, this blokes really polite, and gorgeous" she thinks.

So they dance the night away, let Lisa go home alone (wtf was that about, what kind of a friend is Ali anyway) and then they walked to the water front and sat on the beach all night talking until the sun came up. He lied about his age, she didn't.... he lied about visiting England... she didn't. Ali later found out that the little white fibs he told were all in an effort to impress her...forgiven!

The next day Lisa and Ali met Steve for lunch and took a tour of the USS George Washington.. very impressive...Lisa made the comment as they sailed to the boat that it looked like something out of a James Bond Movie... yes you had to sail to the ship to get aboard!!! Woo. The couple spent another day or two getting to know each other in Spain and all too quickly the US Navy had Mr Gorgeous back on the open seas heading to other parts of the Mediterranean, Ali reluctantly returned to Sunny Salisbury.

Love knows no boundaries, they stayed in touch by phone and letter, growing more and more fond of each other as the days passed. Then, what's this, he was to have some time off around July 4th when the ship would be docked in Cannes, France. OK said young Ali, never one to let miles stand in the way of true love, she promptly booked a room in Paris, booked herself a flight from London to Paris (why the heck didn't she take the train? Charles De Gaulle is worse than a hernia!!!). Leaving no detail undone, the young lovestruck maiden called her beau and gave him step by step instructions on how to take a train from Cannes to Paris and how to get to the hotel. (she's pretty cool like that). All the time she was sure he wasn't an axe murderer but you never know so she contacted Patricia her very good friend in Paris and made sure that Patricia knew the details of her little romantic getaway, that way if things went pear shaped Ali had someone to turn to. (again,she's pretty cool like that).

So after five days of wonderfulness in Paris, sightseeing, drinking wine, dining in lovely french cafe's and restaurants, wandering around the Louvre, ascending the Eiffel Tower, blah blah blah, the couple knew Cupid had done his thing. Steve returned to his ship, she returned to England and so it went on.... a fairy tale romance... both knew they would be married when Uncle Sam though fit to issue a Visa and they would live happily ever after. With a little help from their friends (IE: parents with sky miles) they courted long distance (trans-Atlantic to be exact) and eventually the blessed day arrived when they said "I will" in the Hunt County Courthouse in the great State of Texas.

Ali moved to the States to be with her wonderful Sailor boy and dedicated her life to being the perfect wife and homemaker, Steve said goodbye to the US Navy and hello toTexas and a career with Raytheon using his skills in avionics to provide a home for his new bride. Those were the Dallas days, two young lovers with nothing but a wonderful future together to look forward to ... crazy fools!!!! After a couple of years his career took him to Georgia where the young newly weds made a home and soon started a family, another brief move to Tallahassee, FL and then to Thomasville GA where they laid down their bags and called it home. "Mmmm, I like it here, do you darling?" asked Ali one day, "I sure do, my sweet" replied the still dashing Steve and that was it, home it was and home it remains to this day.

And so my friends, when you meet someone from the next town and worry that it wouldn't work because of the distance just take a look at these kids.... love will conquer everything...miles and all!!!!! Don't be afraid, just listen to your heart and if the guy doesn't go along with it... he's just not that into you, move on.

This outpouring of nostalgia was inspired by the beautiful photographs at Spudballoo, she captured all the romance and chic, and even cheek of Paris ... many thanks my little Spud, I totally heart you! I think everyone knows that by now!

How wonderful! My hubs stood me up on our first date! Ha! But I gave him a second chance and we were engaged a year later. We had kinda a long distance thing too... it took me over 3 minutes to drive to his house from mine ;)
PS- what's this pear shape thing you guys are always talking about? goofy brits..

oh bambs...I don't know how to explain? We love to use language that's totally alien to anyone else, English is such a widely used language we have to change it a little so we know we're still on the inside!!!!! I'm glad you gave hubs a second chance, that restores my faith in human nature!!!

What a great story! But it's true isn't it? When it's right, you just know!