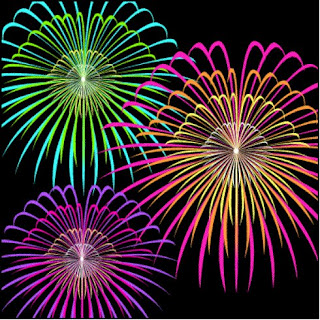 OK as a Brit in the USA it's kinda funny for me to be "celebrating" their Independence from the mother/father country right? (someone still needs to help me with the mother/father thing). Anyhooo, I do, every July we "get together" and cook out, watch fireworks, drink beer (wine for me) and generally languish in all that's American. All this is done with great cheer and happiness wishing everyone "Happy 4th", "Have a good 4th", "Be safe on the 4th now" and not a mention of the Declaration of Independence, how the country is free from those evil Brits or anything of the history that this day commemorates.

Until I make an appearance, that is. Not so much now because I have been here a long time and have managed to chameleon myself into the landscape, so to speak. I have perfected (kinda) the Southern drawl of native Georgians, I can cook grits and make something that passes pretty well for sweet tea. But in the early days of this ex-pat's new life in the colonies I was constantly being reminded that "we won the war" and "we didn't want your shit" and "now we're on our own...." OK ... don't really give a crap buddy so pass the wine and shut it. I never did study American History in school... why would I? And it was all over 200 years ago so guess what, I didn't have anything to do with "The British are coming".... and every time this subject comes up I really have nothing, nada, zippidy to say. I feel nothing, have no interest and don't give a shittidy doo dah.

A selection things that I have been asked by Americans:

"Do you celebrate July 4th (they rarely call it Independence Day) in England..... no we don't.... why would we, it's not our holiday to celebrate. Budweiser has managed to get it into the pubs and clubs... as a money maker off the backs of Brits who like tasteless beer, but other than that it's not a deal in the UK.

"Did you ever meet Princess Diana, such a shame"... no I didn't, her and I just didn't run in the same circles though we probably should have, both being British and blond and all.

"How old were you when you learned to speak English"... um I was really, really young which is what makes me so fluent in that language now.

"How long does it take for you to drive to the States from England"....well it's a very, very long way and there's that small matter of the Atlantic Ocean to navigate so I found it easier to hop on a plane and fly for eight or nine hours, besides, at that time there was no GPS in cars.

Please don't misunderstand me, I love it here and wouldn't change it for the world, unless of course I win the Lotto and could then afford a home on both sides of the pond, and one in Australia..... I like to be questioned about my homeland and culture, keeps me on my toes. The only thing is, when you try to explain what a country is "like" it's hard because most of all it's the feeling you get when you're there that matters. It's hard to put those feelings into words sometimes, especially when put on the spot. The whole atmosphere is different in place to place, the smells, the sounds, the sights... it all goes into what makes one location different from another. I can't get into the difference in the people it's just too vast as one would expect and it's not fair to generalize, there are people in all walks of life, in many different places who you'll love, or not.

So dear heart, enjoy the celebrations for Independence Day, America is happy to be independent, the Brits are happy you're independent, I am happy to live here and still be able to go home sometimes.....life is good.... now where did I put my Green Card???

LOL that is so f'n funny! Good ol' folks making us proud to be Americans.. Of course I'm not a Southern Belle (although I did grow up in Memphis, so maybe just a little bit). Do you just look at these people and shake your head? Too too funny, thanks for the laugh ;)

Seriously, how long does it take you to drive? Brilliant!
I so understand what you mean about how difficult it is to describe a country. Very often when I try to describe Spain, I resort to topics (even if it's only to explain they are not true), which is very annoying.

No way 'how long did it take you to drive?', that's quite something.

Yeah July 4th, thanksgiving...these are mysteries to us Brits. But then we have Boxing Day, WTF is that all about? Whatever, I'm game for any public holidays.

I still dunno what grits are despite having split my time between the UK and the US for about 5 years. They don't sound good?

So, happy 4th or whatnot. x

Too funny! Amazing how dumb *we* Americans are. In university I took an American history from a British professor. It was a wake up call -- how spoiled and egocentric we Americans are. Great post. I'm all for a holiday. Bring on the beer/wine and food! :D

can you hear me laughing?!? this post is brilliant. if i told you the things that people have asked me about spain... i´m still laughing at the question about when you learned english... that´s a classic! thank you! i needed that!

Someone really asked you how long it takes to drive from England? That makes us look REALLY bad. Good gracious, I promise not all of us Americans are that ridiculous :).

This kind of reminds me of one of the boys who was in my AP US History class last year; he'd been born and lived a lot of his life in England. It was cool to see both sides. Not to mention he was just awesome in general.

Thank you all for stopping by, glad you enjoyed this one. I actually had a great day and only one person mentioned that I had no place in the celebrations..not bad really. Hope to get my own firework pics up later... Ali

Ah yes, the ignorant live! So glad you can have a sense of humor... And pass the wine this way when you have a minute! LOL!

When did you learn English? Hahaha!

While visiting the US east coast someone asked me once how we "westerners" handle all of the indian attacks (I lived in Oregon at the time) and can we go outside at night? Um, what? The last person in my family to fight an indian was my great-GREAT grandfather.