Had a great weekend in Jacksonville with the family, however, it really would have been a better weekend if we had managed to escape sans petite mademoiselles, if you know what I mean. There was a Jazz Festival and that meant plenty of good food and good cocktails, margaritas, wine, sangria you name it, they had it, all encompassed in the subtle rhythm of some really good smooth jazz. May have to keep it in mind for next year.

Apparently, according to a little ad thingy on the side bar of FB I can have my face on a Red Bull plane this year at the Red Bull Air Races.  I discovered this little past time last year whilst laying on the couch channel hopping, I truly hope to attend one of the races at some point in time but can't really see my face flying around at the speed of sound on one of those little planes..... would make me feel really nauseous i'm sure.

for some unknown reason that last thing was bullet pointed.... strange.... i didn't mean to to that and my fingers didn't go near that part of the page... I swear... it just happened.

One of my FB friends has a really horrible pic of herself as her profile pic.....urgh... should I say something?
In a fit of retail therapy I bought a marvelous pair of shoes the other day, all shiny and wonderful with cork wedge heals that have little flecks of gold in the cork. I bought them from a posh little shop where the owner is a little snooty to be honest... I don't know where in the world I will wear such shoes... his Gorge better take me somewhere nice for Father's Day is all I can say.
I have a whole branch of my mothers side of the family in South Africa, four first cousins and their kids and even some of their kids. Tonight we're watching Invictus and I'm wondering if this is what my cousins down there sound like, thus far we have only communicated via facebook.... sad really but yay for some kind of communication!!!!
Well that's it for tonight's random stuff. Be sure and peek at the Un-Mom and the other randomees. 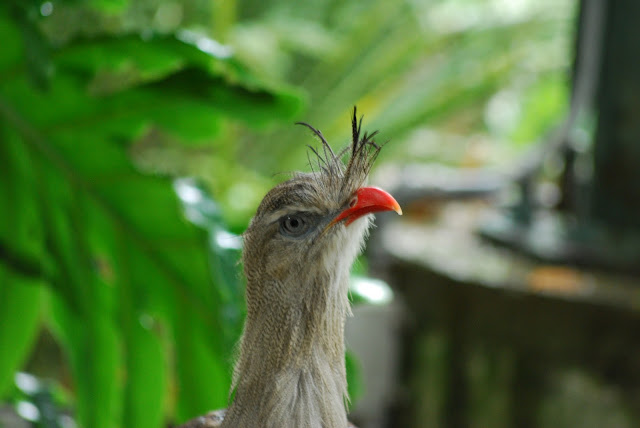 that is a wicked cool bird...and tell your friend, you owe it to tem to save them from over embarassment at a later date when someone else points it out...

I am opposite of Brian - I wouldn't tell them, unless I knew them very well. Glad you had fun!!

OMG that bird is KEVIN!!!

Okay, I just watched UP by myself and I loved it. Sorry, but my kids are old. I do not like the cone of shame. Bahahahahaha!

my wv: tostiat
I've had a couple glasses of wine and feeling kinda tostiat.

There is nothing better than margaritas, wine and sangria with cool background music - or any music for that matter!

You should DEFINITELY inform someone of crappy FB pics... unless it's mine of course.

That bird is very random, reckon he'd give Max a run for his money.

I have a friend who has a horrible FB profile pic, too. I haven't told her because I know she'll be offended.

all part of the reason i don't do FB pictures of me. LOL